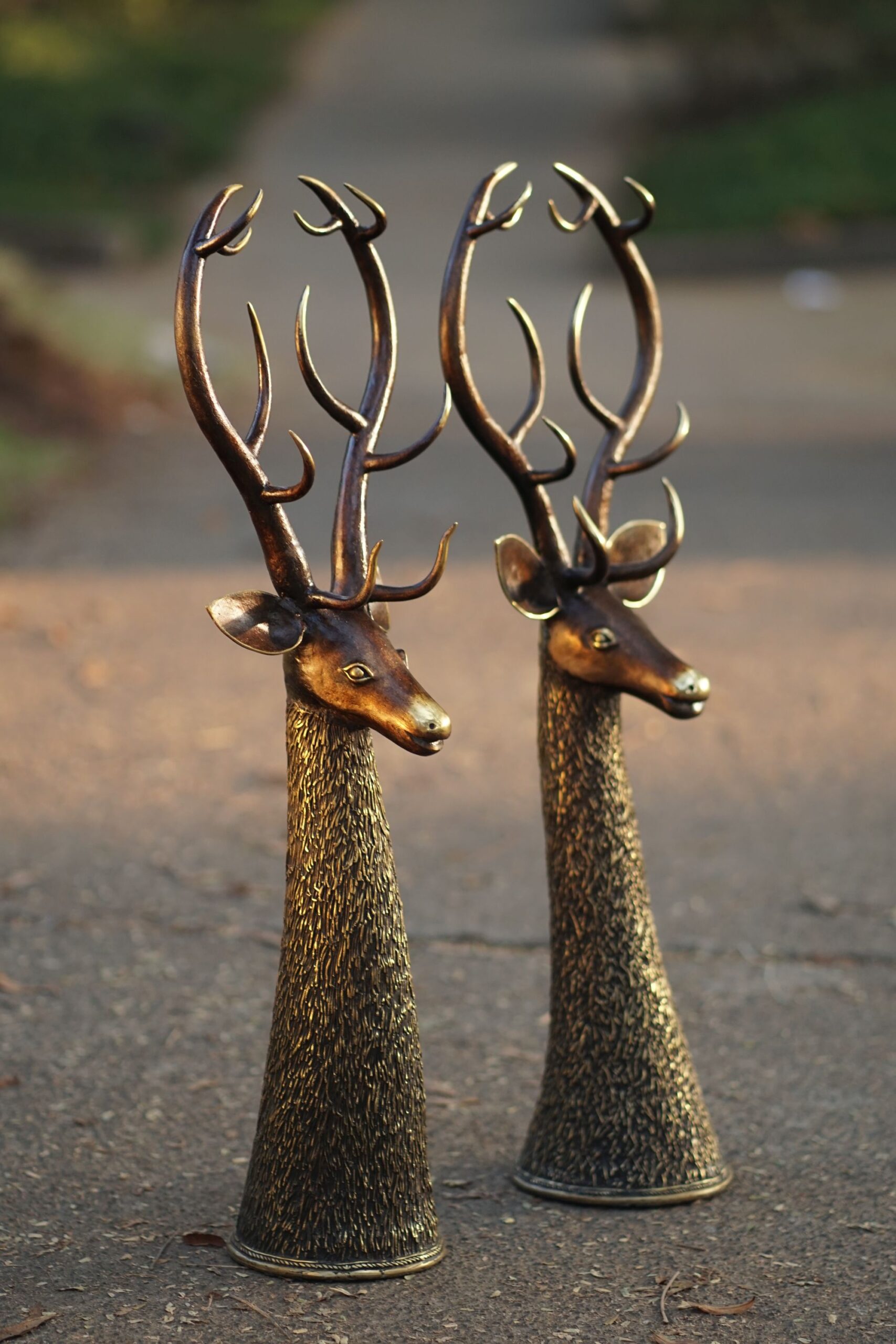 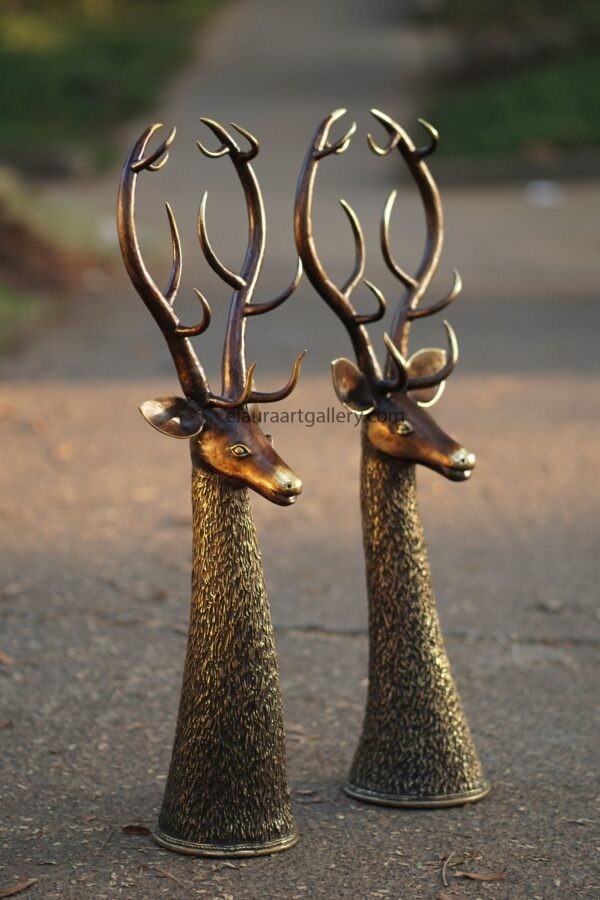 PAIR OF DEER IN DHOKRA ART

Dokra OR Dhokra is a lost metal craft is one of the ancient most craft known to mankind; for more than 4000 years. In India, the earliest remnants of this craft are found in the remains of Harappa and Mohenjo Daro civilization.

In its current form, it is named after the famous Dhokra tribe from the central state of India, Chhattisgarh and Madhya Pradesh. Earlier this craft was practiced to make the forms of deities, Now it has been revived to create beautiful pieces of décor and gifting products. Designs are mainly inspired from nature (various animal forms), and tribal culture and everyday life. Each piece is made from scratch without a mould hence making each one unique. Intricate yet simple, primitive yet elegant forms that cast a charm on traditional as well as modern art lovers.

It takes around 40-45 days to make each product. Beauty of this craft lies in the imperfection and the uncertainty of how each piece will turn out after casting as there is no pre-set mould. Shapes can be perfected by many but only the genius of a skilled and true artist can bring out the expressions that touch one’s heart!

There are no reviews yet.