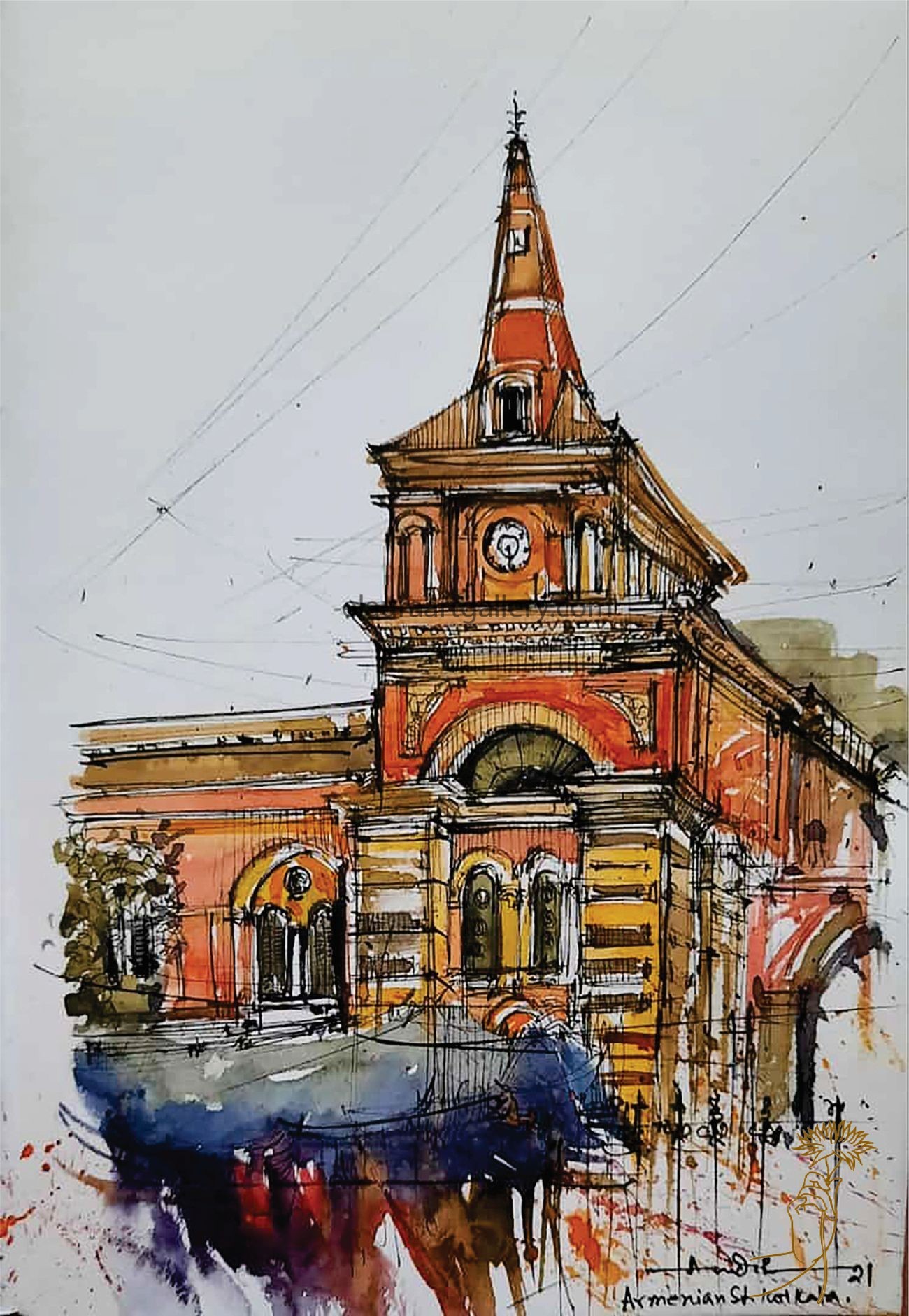 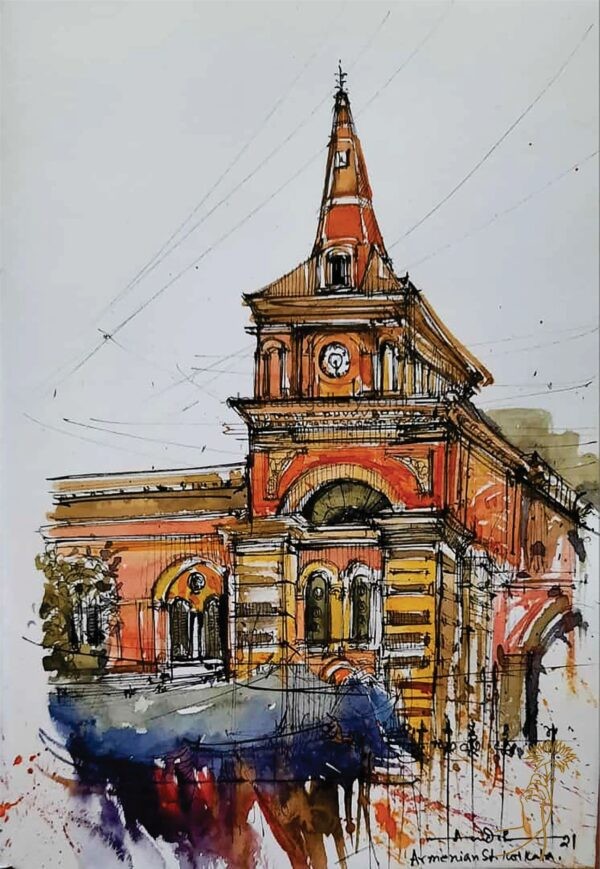 Only 1 left in stock

The Armenian settlement was formed in one of the suburbs of Murshidabad, the then capital of Bengal. This was during the rule of the Mughal Emperor, Aurangazeb. Armenians were a vibrant & active merchant community in Bengal. They helped the British to establish their position in Bengal & make Calcutta a pivotal point for their trade & commerce. A few churches, cemeteries and less than 200 Armenians are all thatâ€™s left of the once powerful Armenian colonies. The number of Armenians have dwindled to a mere 150 now. Yet in Kolkata we still have a street named after them, the Armenian Street. The sketch depicts one of the churches in Armenian Street, Kolkata. A must visit street to soak into the bygone history.